Comprising 5 sports, Modern Pentathlon was created specifically for the Modern Olympic Games and serves to test for the most complete athlete. We touch base with a 2021 Varsity Match Report. 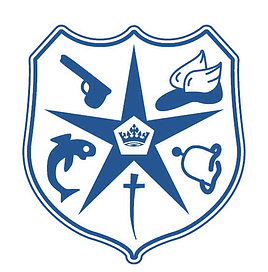 The Modern Pentathlon Varsity Match has been held every year since Colin Peace first challenged Don Austin in 1958. 2020 was no exception. Despite major obstacles that felled many sporting events, the organising committee of the Varsity Match pulled together a competition that fell entirely within the letter and spirit of the rules at the time. It was marvellous for the sport, the Oxbridge tradition and for the athletes who were able to demonstrate their hard work on the field of play.

Modern Pentathlon comprises 5 disciplines. It is the only sport specifically created for the Modern Olympic Games, and Baron Pierre de Coubertin drew together the sports that he felt reflected the most versatile athletes. The five disciplines all test a different component of an athlete, and the sum total of an athlete's performance in each discipline determine the winner.

The swim is a 200m freestyle event, and this tests an athlete's strength and power. To test an athlete's tactical nous, creativity and agility, we have fencing. The fencing discipline is a unique epee format, in that each athlete must fence every other athlete in the competition to a single point. This is so that no one can complain of a bad draw, and the round robin format ensures that the best athletes shine no matter how the competition is organised. The ride tests an athlete’s horsemanship, their ability to adapt to new situations and their bravery. Each athlete is paired with a random horse, and has only 20 minutes to befriend their steed before jumping a round of 13 obstacles at a height of 110cm. To test an athlete’s endurance, the running phase. The run is held through 4 x 800m laps, each one broken up with a shooting phase. The shoot tests an athlete’s ability to stay calm under pressure, and the ability to steady herself in the heat of battle. The run and the shoot are joined into the combined event, a thrilling finale to a competition where an athlete will shoot 5 targets using a laser pistol, at a distance of 10m. Once they have hit the 10cm target, or run out of time, they can begin their run. This is repeated four times so each athlete must clear 4 sets of 5 targets, and run 800m in between each, finishing on a final run.

The Oxford and Cambridge teams came together on 10th June 2021 at Tonbridge School in Kent, ready to do battle over a weekend to determine the ultimate athlete and the best team across all 5 disciplines. The Varsity Match is unique in that there are 6 Blues athletes for each University. The winning team is the team that has the highest score over all 6 athletes, and so every single event, and every single athlete matters to the team performance. Both the Male and Female Blues competitions have 12 competitors, and each team brings 3 reserves per gender who compete in every event except the riding phase. Unfortunately, COVID had taken the Female OUMPA captain , Emma Godden (Mansfield & Vincent's Member 2020) hostage, and one of the reserve ladies, Jemima White, stepped up to the Blues team to ensure a strong OUMPA contingent. The OUMPA Men were led by another Kiwi, their Captain Dougal Burden, (Christ Church & Vincent's Member 2020).

There were individual successes too.

Tommy Lees, Christ Church & Vincent's Member 2013, one of the stalwarts of the OUMPA contingent was competing in his final Varsity Match. He first appeared on the scene in 2013, and won his first Varsity Match, in the same year that he travelled to a Senior World Cup in Chengdu China to compete with Team GB. From 2013, he won the match in 2014 before going down to pursue Modern Pentathlon full time at the University of Bath with his national team compatriots. He returned in 2016, and was narrowly beaten by Henry Choong of CUMPC, the brother of Tokyo Gold medallist Joseph Choong. Tommy returned for a DPhil in 2018, and settled old scores, beating Henry Choong and taking the Match record for the most pentathlon points from Henry in the process. Since then, he won the 2019 and 2020 matches. 2021 was the year that he could again write himself into the record books, becoming the athlete with the most consecutive wins in the match. Four consecutive wins would beat the three consecutive matches won by Richard Flemming (OUMPA, 1973 -- 1975), Sir Peter Wall (CUMPC, 1976 -- 1978) and Oliver Rees-Jones (OUMPA, 2005 -- 2007). Despite a difficult start in the swimming pool, recording his slowest Varsity Match time of 2:06 for 200m freestyle, Tommy was able to reassert control over the match in the fencing discipline, defeating the favourite, Trevelyn Wing, a master epeeist from the Cambridge Fencing Club in their final bout and winning the event outright. After a strong ride, knocking a single pole in the showjumping, Tommy was ahead going into the final event, the combined event. He has struggled with his shoot in the past, and relied on his running prowess to carry him to the tape. While there were difficulties along the way, an 11 second first shoot set Tommy up for a fast combined event, and he raced home to take the victory, recording the fastest combined event in the match history in the process.

Behind him was a remarkable showing for the OUMPA men. Oxford had the top four athletes, with all four recording the necessary number of points to be awarded a Full Blue. Dougal Burden, Vincent's Member 2020, Dominic McLoughlin (Vincent's Member 2015), Matthew Courtis (Vincent's Member 2015). The team was completed by Tuppy Morissey, Christ Church, and Keiran Gall, Magdalen College. Matt and Dom utilised their swimming pedigree to go 1-2 in the pool, while the highest scoring shoot of the match put Dom into 2nd place in the combined event behind Tommy, closely followed by Dougal in 3rd position with the 2nd fastest run split of the match. The riding was particularly impressive, with all athletes learning to ride while at Oxford, and some in a single Trinity Term.

The Women had an equally impressive match despite the last minute changes to the team. From the start of the day at the swimming event, OUMPA lead the competition, aided by Sophie Whitehead’s (St John’s college)  individual win in the pool. The fencing match was close but again the Oxford women took the overall victory, leaving the team in a strong position after the first day. The ride was very successful with Natasha Voase (Keble college) and Lucy Scruton (Christ Church) achieving the only clear rounds of the day. With only the final event left to go, Kathryn Smith (Queens College and Vincent’s Member 2020) was in first place after a consistent swim, fence and ride. However Amy Radford of CUMPC proved too fast on the run leaving Kathryn to finish in second. Hannah Williams (Keble college) showed that training this year has paid off despite covid disruptions to win the novice women’s trophy and a particular congratulations to Jemima White (Oriel college) for stepping up at the last minute when our captain Emma had to isolate. Emma was still very much a part of the team victory, leading us throughout the year and supporting on the day via video call.

Modern Pentathlon is always looking for new recruits, especially athletes who already have experience in any of the five disciplines. With the Varsity match usually scheduled during the Easter vacation, many of our athletes compete in their specialist sport Varsity before joining the squad's build up to the Modern Pentathlon match. We are very lucky with the facilities and equipment at Iffley that Modern Pentathlon at Oxford is very accessible to try out. This time at University may be your opportunity to come and experience the ultimate sport! Please reach out to the 2021/22 captains Natasha Voase (natasha.voase@keble.ox.ac.uk) and Kieran Gall (kieran.gall@magd.ox.ac.uk) if you would like to get involved.