Former triple Blue in the mid 1950’s, Terry Fallon, sadly passed away on 6 December 2021, one day before his 91st birthday. Terry scored a try for Oxford against the All Blacks and was a reserve on the bench for Ireland. He coached rugby at Belmont Abbey, winners of the Rosslyn Park Sevens in 1974 and he coached and selected for England Schools up to 16 years age group. He played for Birkenhead Park and Bordeaux and coached rugby at Teignmouth RFC. During his National Service Terry was a member of the Green Jackets and Parachute Regiments and was involved in active service during the Suez crisis in 1956.

He was appointed as the first Headmaster of the newly founded Trinity School, Teignmouth in 1979, and typically of the man, happily continued to help teach French and coach rugby for long after stopping as Head.

Terry joined Vincent’s in 1953, studied at Worcester College and graduated with a modern languages degree in French. A real legend in rugby circles, a calm, kind and friendly person with a great sense of humour. 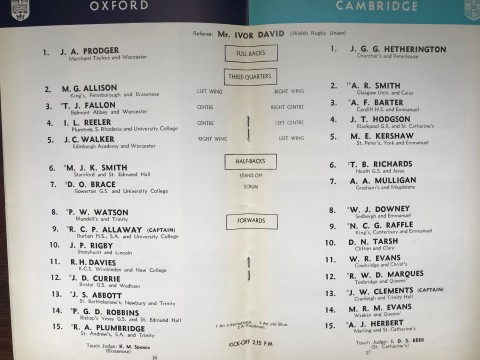 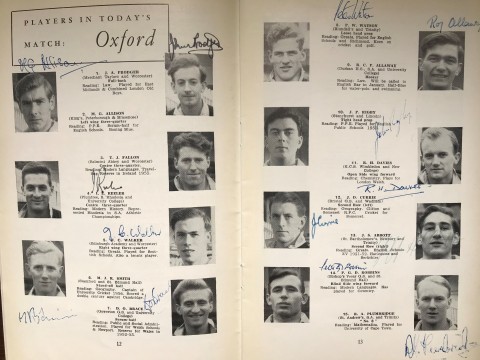