The Lancers in University Parks: From Start to Finish

The full story of how the Oxford University Lancers established a brand new pitch in University Parks last term. 'Home-field advantage' is an idea common to all of sport. It's grounded in the idea that a familiar locale for people to participate in and patronize a sport does more than to simply facilitate access to that sport - it is a vital precursor to the long term development of a sport itself. A home field affects recruiting, fan support, fundraising capabilities, training schedules, team culture, reputation, and ultimately performance.

The Lancers never had a home ground. During my tenure as President, we utilized Marston Road, St. Gregory the Catholic School, Wolfson, the Iffley Astro, Pitch 1 in University Parks - along with countless others, as nearly every season exec committees scramble to secure something. This almost nomadic existence as a club cut at the heart of our legitimacy and effectiveness as a sports club. Moreover, most of these "pitches" had one major thing in common - they were complete shite.

I said no more. Never again. How do we expect our team to be successful and build a culture that lasts when planting roots has always been impossible? Any long term development efforts or recruitment push would be jeopardized by the future insecurity of not having a place to play. Any recruiting drive, coaching change, or fundraising push would seem silly when providing a shifty answer to the inevitable question of where the team plays.

That's when the real work began. After Will Syzmanski and I made introductions with University Development office for sport in 2019, we saw the potential to transform the Lancers. I then set off on a journey to bring as many university resources to bear for OULAFC.  This included development of the newsletters, more consistent alumni outreach, and ultimately a partnership with the University Development team to seek out individuals with a similar vision.

This all culminated with a Teams call between Ryan Millsap and myself, where he pledged to support the Lancers and help us forge the future of OULAFC. We had a series of chats and meetings with University Sport and Development to secure a new home for the Lancers in the University Parks by renovating a derelict rugby pitch, an idea originally suggested by the Parks grounds staff.

This pitch has quite literally risen again, as the influx of funding allowed a full renovation from a completely under utilized space along the south side of the Parks. It was previously used heavily for rugby, but has been in disrepair for years due to multiple issues. Thanks to the diligent help of the Oxford University Sport Groundsmen, I've been able to oversee the complete transformation of the space and the birth of our new home.

This is all due to Ryan's generosity and vision. Without his support and the support of all our alumni, we would never have been in the position we are today with a previously unimaginable growth trajectory. The cultural, organizational, and financial foundation we sought has been laid in University Parks. Ultimately, these are developments beyond the wildest dreams of many alums, and it is our duty to ensure the continued growth of the club and carry on the history of who we are, how we transformed the club, and how we carved out our home amongst the Oxford spires.

Read more about Ryan's time with the team here.

Part of the University Parks project was the establishment of new infrastructure for the Lancers, consisting of two new storage containers to properly store team kit and equipment.

The process of installing our 2 storage containers behind the Uni Parks Cricket Pavilion began with many volunteers after practice. Cleaning out the wooden pallets and rugby posts which occupied the wooded mass behind the pavilion was the first step of the process. 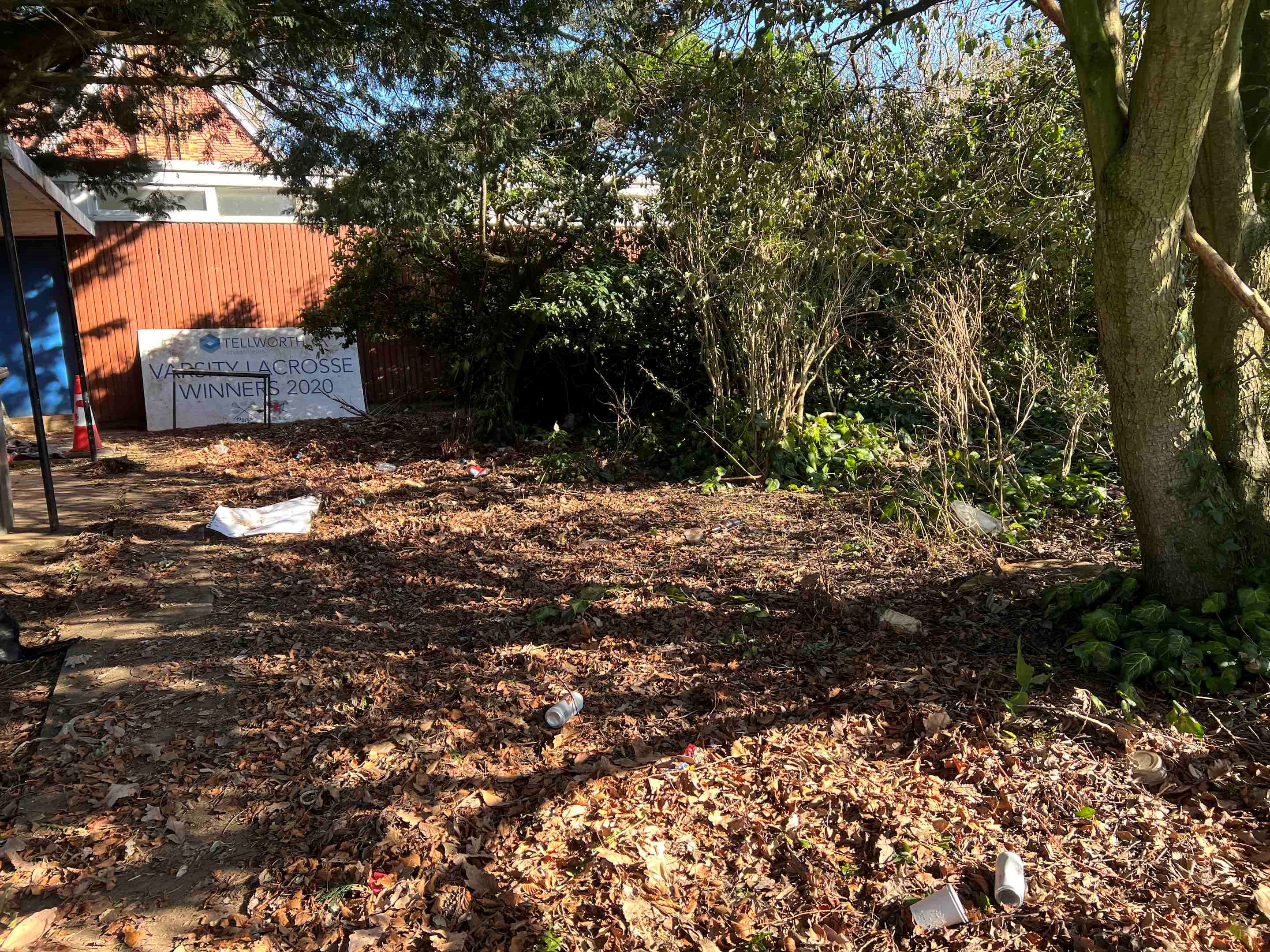 After that, the University Parks crew took over, cutting down overhanging trees and installing a foundation for the storage containers to be placed upon. 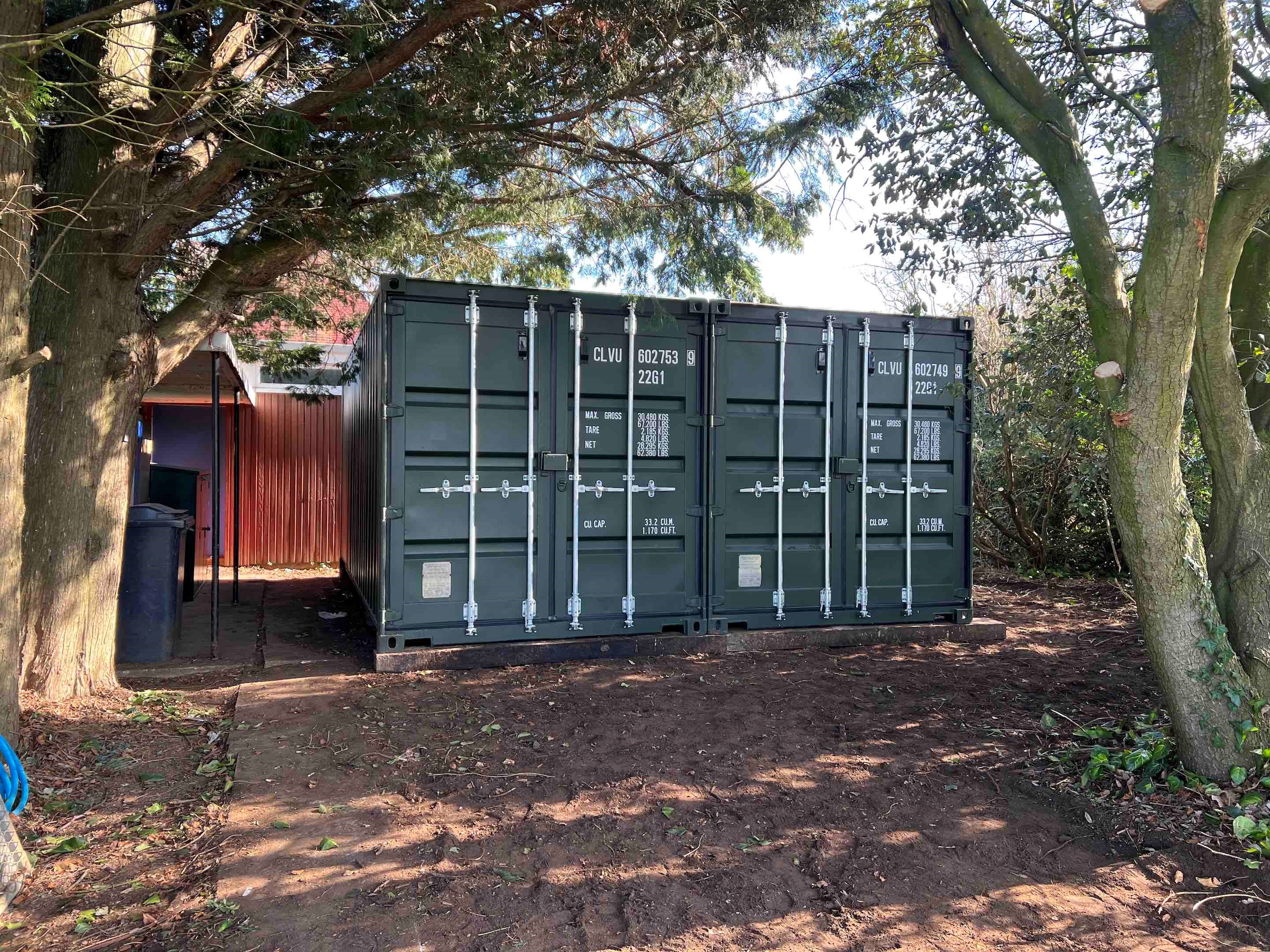 The next task was installing shelving into the storage containers, and moving the kit from various student apartments and coach’s homes to their permanent location. This involved quite a bit of work during the Easter Vacation and special thanks go to George Newick, Eric Hembling, Drew Robertson, Jack Fagan, Nolan Whitcomb, Alex Fogassy, Ian Hiscock, and David Ojeabulu. 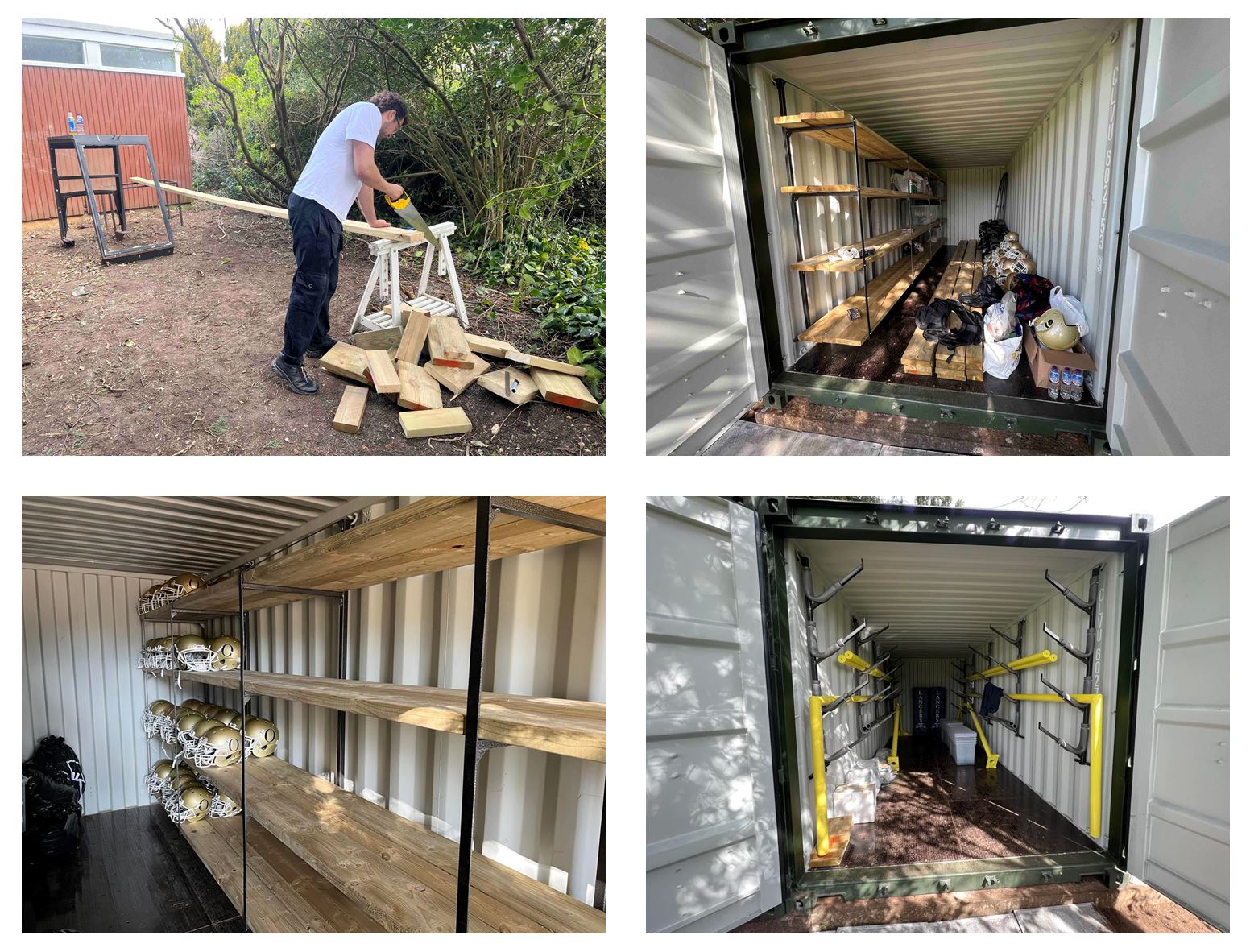 Transforming University Park's previously unused Pitch 3 into the RC Millsap Pitch, the home of the Lancers required extensive ground prep, seeding, fertilizing, and topdressing.  We also installed proper American Football goalposts - having to ultrasound scan the ground before digging, a requirement from the Uni Parks in case of any "archaeological findings".  The pitch will also have ongoing maintenance by the grounds staff to keep the grass cut and the lines crisp.

While topdressing improved the sporting characteristics of the RC Millsap Pitch, other steps were still necessary to make it one. This brings us to the installation of the goal posts, which began with the excavation of the relevant are and the pouring of concrete coordinated by the grounds staff. The posts were then installed by players along with the grounds staff in an Iwo Jima-esque hosting before the first practice at the RC Millsap Pitch. 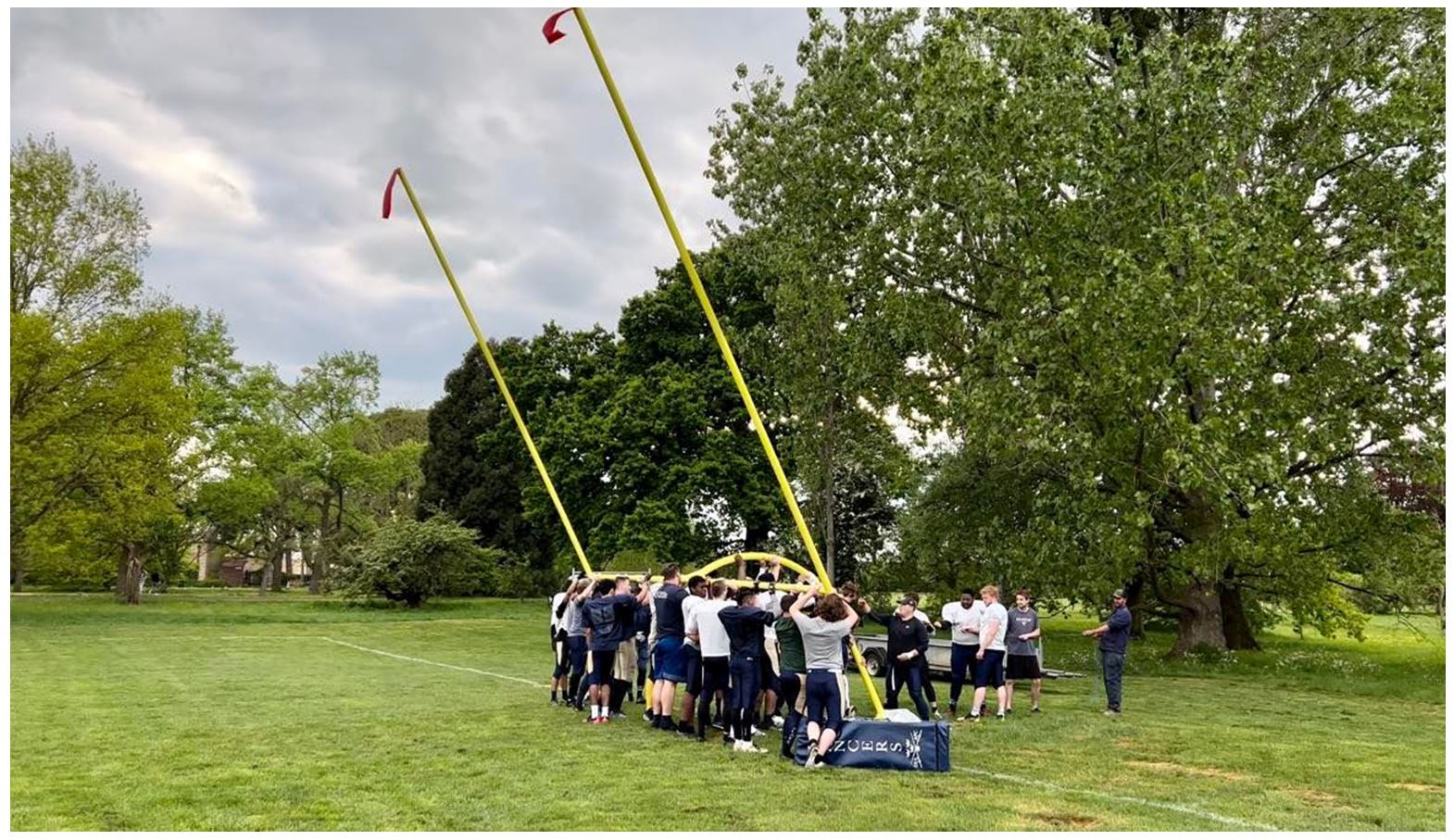 All that remained was cutting the grass and applying the lines and logo to the pitch. What a day that was - droves of park-goers constantly stop and watch practices, some asking "What sport is this?". 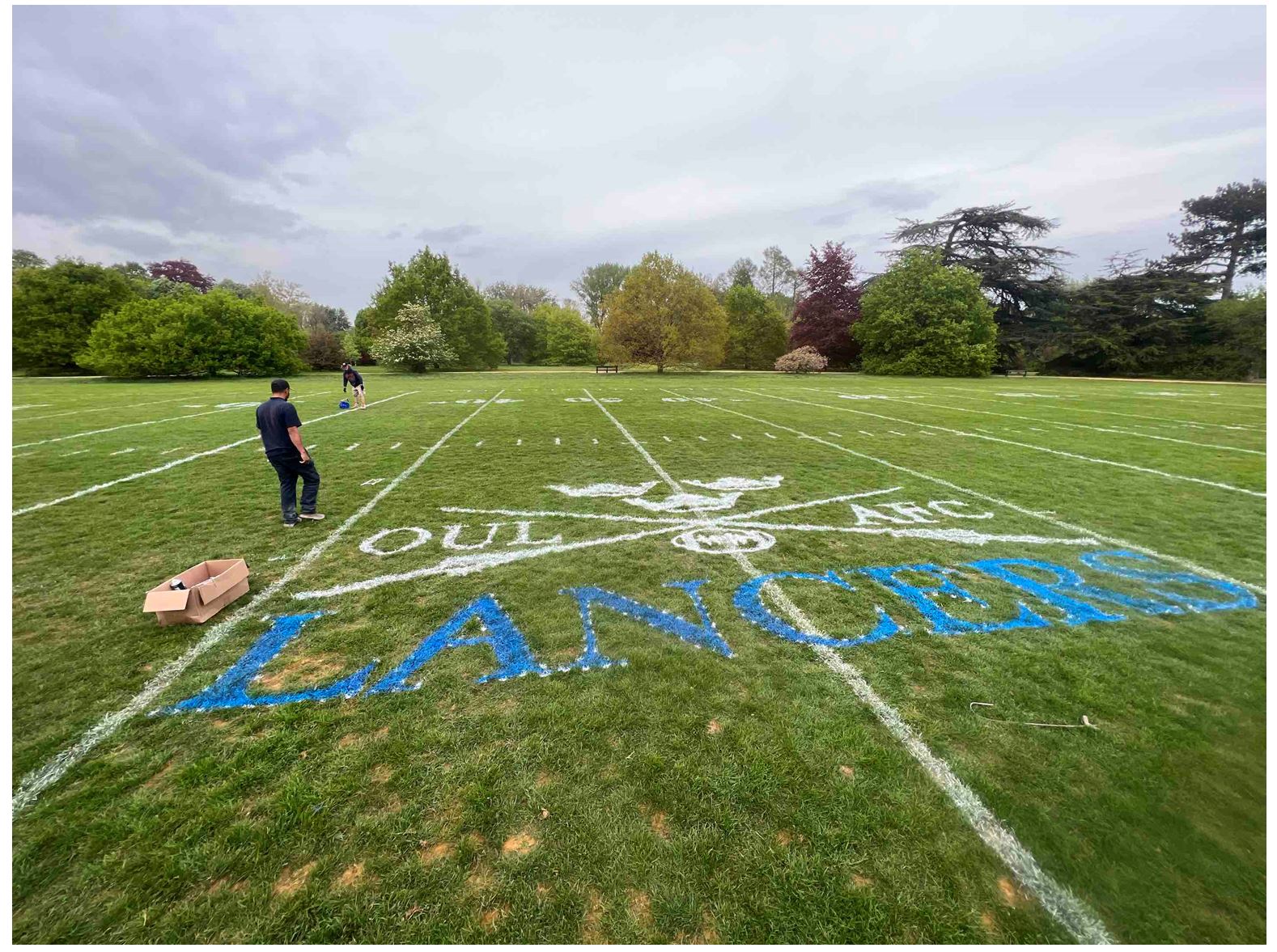 Ultimately, the RC Millsap Pitch serves as a physical reminder of what Lancers can accomplish, both as individuals and as a collective, through sheer will and resolve. Let us continue to build this club and provide the best opportunity for future generations to understand the same lessons we've all come to know from American Football.