On Thursday 12th of April Vincent’s Club co-hosted the launch of the “Scholares Vagantes” (Wandering Scholars). A cycling relay to celebrate Padua University’s 800th anniversary hosted by the International Engagement Office, Oxford University. The relay will take in 6 ancient European universities and involve 60 days of travel covering a total distance of 4,475km and begins from the Radcliffe Camera, Oxford University and ends at Padua University, Italy.

The ceremony was launched by Professor Anne Trefethen, Pro Vice Chancellor of the Oxford University and Professor Antonio Paoli from Padua University at Vincent’s Club in Oxford. During the ceremony gifts were exchanged and videos of the 6 European cities the cyclists will visit was shown. 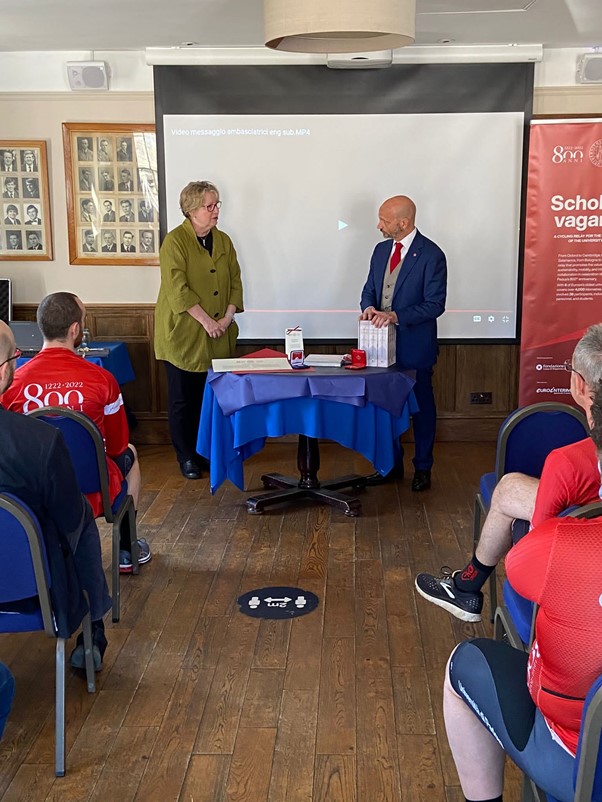